Captivated by the Cornish Coast 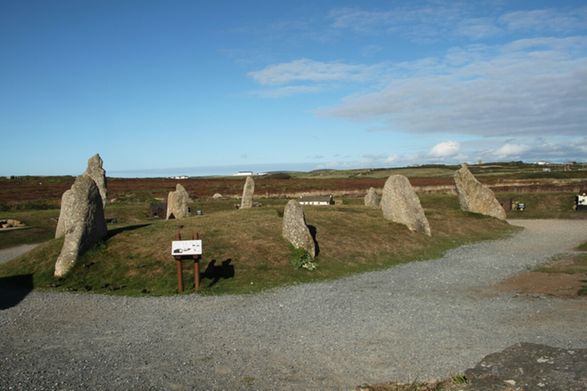 Located on the most westerly tip of England, Cornwall is a peninsula surrounded by the Celtic Sea on the North and West and the English Channel on the south. It has countless beautiful coastal harbours, featured by steep cliffs. and golden sand beaches.

Cornwall is also the home of my Morgan ancestors, who left Wales for Cornwall probably ten generations ago, either as miners or mariners.  Although we never lived there as a family, it is a mandatory side trip any time we are in England, to visit old friends, family and discover its numerous scenic coastal communities.

The harbour view from our attic window in St. Ives   C.Leonard photo

My sisters and I were on a pilgrimage of sorts to Cornwall, last fall. Each of us had visited St. Ives on day trips previously but it was as if it had been calling us over the years to return and stay awhile. We browsed the shops and galleries, wandered the beach at low tide and sat in harbourfront cafes to enjoy the view, share memories and heal our hearts.

While there, we took a day trip on a double-decker bus from St. Ives to Penzance that was true “adventure tourism.” It began on the coastal road connecting historic villages such as Zennor, St. Just, Bottalack, and Sennen Cove. After Lands End the most westerly point of England, the bus drove cross-country through narrow twisting roads, hemmed in by high hedgerows, with arching trees whapping against the upper deck. Every bend in the road was a potential head-on collision.  We had lunch with cousins near the Penzance bus stop, then managed to catch a glimpse of St. Michael’s Mount just offshore as we headed out of town back to St. Ives.

A section of the Camino de Santiago de Compostela goes overland from St. Ives to Penzance ending at St. Michael’s Mount. The path is only 12 miles long from sea level on one coast to 1312 ft high in the interior before dropping back to sea level on the other. It was started by Irish pilgrims after being blessed at the island’s Benedictine Abbey they would sail over to its brother abbey on Ile Mont St. Michel off the coast of Normandy to continue on their trek. This is only one of the many cross country and coastal walks of Cornwall. For more information visit https://encounterwalkingholidays.com/cornwall-walking-holidays-coast-path.

Another day trip, took us to visit relatives near Perranporth who treated us to a  High Tea including a Cornish pasty pie large enough for ten. (Historically, pasties were the staple of Cornish miners, consisting of a pastry turnover of meat or fish, potato, onion and turnip that could be eaten by hand down the mine.) This was followed by scones and saffron buns to be topped with homemade jam and Cornish clotted cream. We went for a long walk afterwards on Perranporth beach which features an array of cliff arches and caves at its headland that looks like the entrance to some Middle Earth kingdom.

The sea caves and arches on the headland at Perranporth beach. C.Leonard photo

The purpose of our Cornwall trip was to gather with family at Looe, our late father’s favourite summer getaway as a boy.  On every return visit to England until the age of 93, he spent a few days at the Hannafore Point Hotel overlooking the harbour revisiting his childhood haunts. He died at age 100 and had asked for his ashes to be scattered at his favourite fishing spot near Looe Island. It took nine months to plan with the help of our English relatives. On a sunny September day, eleven of his closest family boarded a fishing boat, accompanied by the Royal National Lifeboat zodiac and crew, and carried out his wishes.

Destinations weddings can be a lot of fun, but truly a destination commital can be an incredibly meaningful way for a far-flung family to reconnect and celebrate a life well lived. 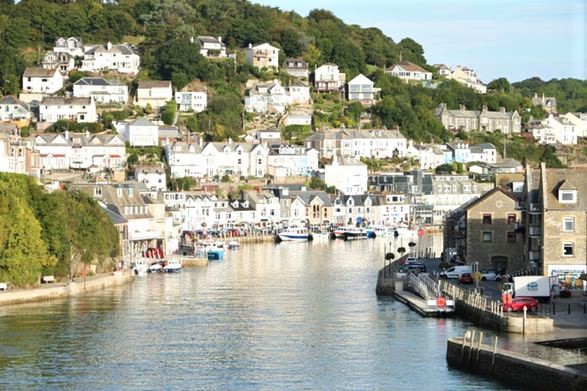 I must go down to the sea again, for the call of the running tide
Is a wild call and a clear call that may not be denied; …
And all I ask is a merry yarn from a laughing fellow-rover,
And quiet sleep and a sweet dream when the long trick’s over.