A Tide of Medals for NS Wines at #ACWC

On my recent wine tour in Nova Scotia, I tasted  a lot of lovely wines, so this week I wanted to see how they scored at the All Canadian Wine Championships ACWC. Surprisingly for such a small wine region, they did astonishingly well across a range of categories winning twelve medals between six wineries and a cidery.

The ACWC awards were hit by a tidal wave of wines from BC who took all the top awards of the competition and swept several entire categories, so for  Nova Scotia to win medals for 12 of the 33 wines submitted said they could stand up and be counted. Not all Nova Scotia wineries took part in the competition.

If you want to impress your dinner guests, here are some winners to have on hand. None of them will break the bank so splurge on a mixed case. 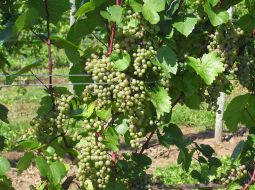 Hardy white hybrids are the backbone of most NS wine

Nova Scotia’s biggest strength is in its white hybrid blends  Its signature Tidal Bay Appellation wines did extremely well in the Hybrid Blends category.  Gaspereau Vineyards won Double Gold for its 2016  Tidal Bay at the reasonable price of $21.99 (I bought a bottle of this -yes!) . Planter’s Ridge took Gold in the same category with their Tidal Bay  for $22 (I bought that too). Avondale Sky won Silver for theirs at  $22.00  (Hat trick!) and Jost  Vineyards took Bronze  at $19.99 .  Mercator also won Bronze in the white hybrid blend category but for its Sauvage Sur Lie at $29.99 rather than its Tidal Bay.

Jost, Gaspereau and Mercator are all owned by Devonian Coast  The company is named after the type of rocky soil, common in Nova Scotia  Two of its wineries also won in a second category.  Jost won Gold in the Single White Hybrid Category for their Cap Pélé l”Acadie at $19.99 and Gaspereau also scored well in the Riesling Category  with Silver for their 2016 Riesling at $20.99. 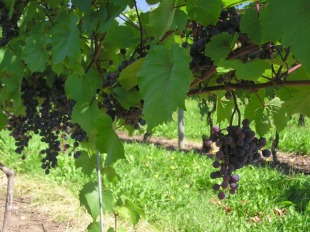 No Boats on Sunday Cidery won Silver for its namesake cider which sells at $4.19 per bottle

The National Wine Awards are taking place over this weekend in Wolfville. It will be interesting to see if these same wines do as well or if it’s time for other NS wineries to carry off the bling.